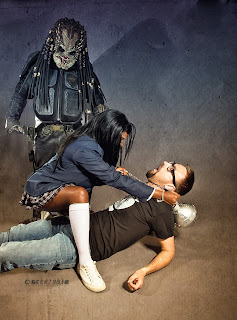 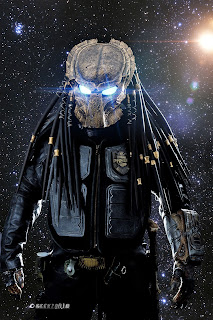 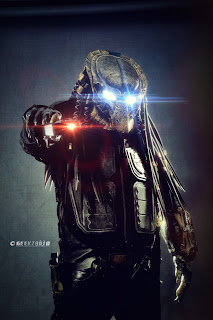 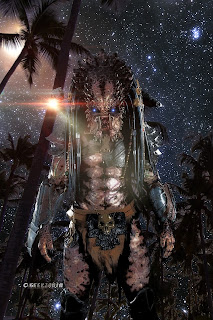 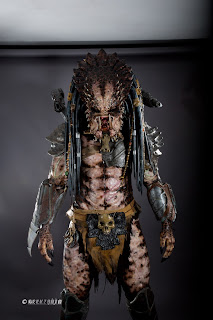 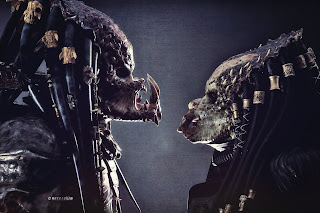 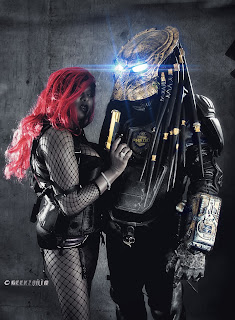 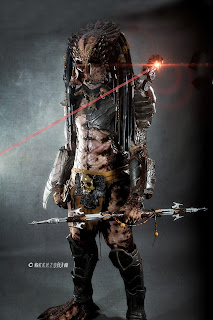 Here is what Lydia had to say about cosplaying and the characters she chose for our shoot.

"I started cosplaying in 2009 although technically I guess I've been doing it a lot longer, I just didn't know what it was called! My first attempt at cosplay was a hastily thrown together Penny costume for a trip to Tokyo Disneyland using my own clothes as guests can dress up during halloween. However, for my first actual convention I didn't actually cosplay. I was completely unaware at the time that cosplay was a thing in the UK.
After that first con, I decided that from now on I would cosplay at events. I wasn't expecting my hobby to spiral so crazily though! I've gone from sewing a waistcoat because I couldn't do sleeves to full blown princess dresses and digitigrade faun legs. Cosplay has allowed me to meet new people and experience amazing things that I wouldn't have before.
The first character I picked to shoot with Geekzania is Navi from Legend of Zelda. This costume originally started as a painted jacket with everything else from ebay. From there I altered an exisiting costume, made by a family member, to finally creating this in it's entirety. This costume represents my journey into cosplay and is my favorite for sentimental reasons. Navi was the first character I embodied and she gave me the confidence to talk to people and even enter masquerades. Anyone who has ever played Legend of Zelda is familar with Navi and it is always incredible fun cosplaying as her. She has this great cheeky spirit and you can get away with lots of things when in character! Navi always gives me such a boost to my confidence.
My second choice was Princess Peach. One of my favourite female characters of all time, I outright refuse to play MarioKart if I can't play as her. I remember Princess Peach being one of the few standout female characters from my childhood and as soon as my skill set increased I knew I had to cosplay her. I wanted to focus on a more realistic version of her rather than the cartoony style so my Peach probably isn't as accurate as she could be, but to me that doesn't matter. Cosplaying Peach is the chance to relive my childhood and although a lot of people write her off as a typical damsel in distress, Peach was a prominent female character in an otherwise male dominated world for me. I was a tomboy as a kid but even I could recognise kicking butt and taking names in a poofy pink ballroom dress was pretty fun.
Rapunzel was my third choice and is probably my favourite modern princess in the Disney family (although Tiana is a close second). I love her feisty and passionate nature and although this version is ballerina themed, her personality still shines through when I am in cosplay. Rapunzel is such a great role model and sends a great message to kids and although she's not the first princess with such a message, her creativity and sense of adventure really resonates with me.
Finally, I chose Elsa as my last cosplay. Frozen is a weird film for me, as I love the music, the characters and the gorgeous design but I'm not a fan of the actual plot! Nevertheless, Elsa is an amazing character and I love her strength and raw power. I love becoming her in cosplay as it's hard not to feel all powerful and bad-ass when dressed as her."

Navi From Legends of Zelda 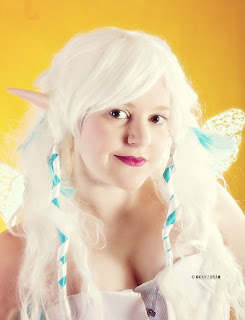 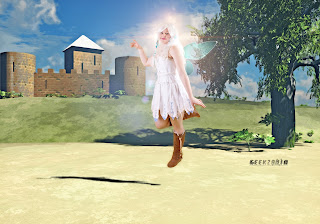 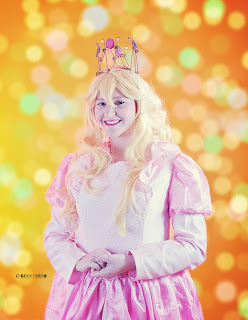 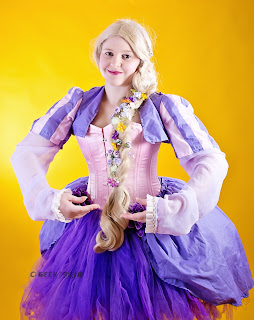 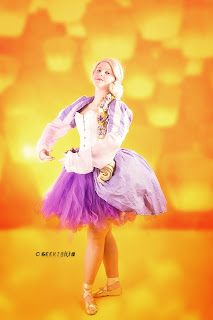 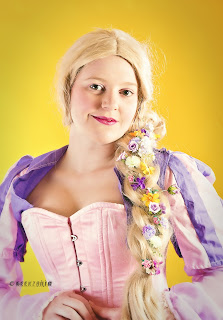 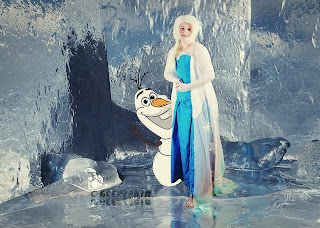 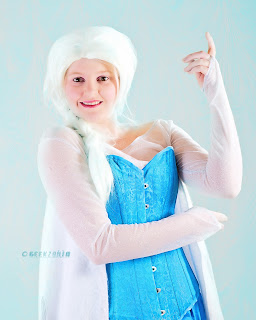 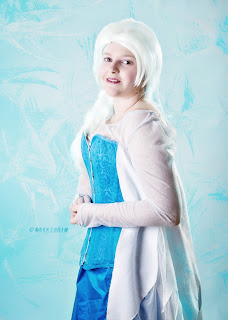 The Future of Cosplay

The Future of Cosplay

We briefly looked at the origins of cosplay over on our 'We Cosplay' blog. Now we look at where cosplay might go in the future.

Although there have always been cosplayers who pay meticulous attention to detail when creating their costumes, modern thermoplastic materials have enabled many more people to create absolutely stunning, movie quality costumes that only a very select few would even have dared to attempt a few years ago. The popularity of materials such as Worbla have encouraged the development of similar and improved materials and there is an increasing choice available to the cosplayer. This is a trend that will continue.

If you then add in 3D printing to the mix, which is becoming both cheaper, more widely available and better quality in terms of both the complexity and finish of printed objects and cosplayers can more easily create both costumes and props that just wouldn't have been achievable for the average cosplayer in the past.

Laser cutting of cloth is already widely used in industry, it won't be long before this is also a technology available to those at home - this will be expensive at first, but become cheaper and more widely available over time.

With the improvement of camera technology and games consoles increasingly using highly sophisticated 3d scanning tech it won't be long before a person will be able to create a highly accurate scan of their dimensions and then use an 'app' to select a character, and then an automatic cloth cutter will cut the required cloth ready for assembly (even this will eventually be automated) and a 3d Printer will print both panels to be assembled into a costume and elements to be assembled into props.

Initially only a very select few will have access to this tech, but eventually we almost all will.

This is likely to increase the participation in and popularity of cosplay, though it will clearly have an impact on cosplay masquerades/contests with the emphasis increasingly moving from accuracy of costume to characterisation and portrayal of the character.

There will always be some who feel that only 'hand made' cosplays are 'valid' just as in the early days of digital photography there were those who felt that only those photographers who used a film camera were 'real' photographers.

There is though a potentially disruptive technology that will be available within a few years. Both Samsung and Google are developing contact lenses incorporating high resolution displays, cameras and other sensors. With the ongoing increase in processing power available to smart devices, this will rapidly lead to true Augmented Reality where movie quality visuals are perfectly mixed with and overlaid on the 'real' world.
This leads to the possibility of 'virtual cosplay' - rather than wearing a physical costume, you would have a digital 'tag' on your smart device (or smart clothing) which broadcasts what character you are. Anyone wearing these contact lenses would then not see the 'real you' but instead see and be able to interact with a perfect, real time motion-captured movie quality 'real' version of the character you are 'broadcasting' - Again there will be those who feel this is 'cheating' and that half of the fun of cosplay is making your costume, but change has a habit of happening regardless of how people feel, and not only that but rapidly becoming accepted and used by everyone (again the digital vs film debate can be used as an example, the number of people still commercially using film over digital is vanishingly small)

What is really interesting about this 'true AR' is that it is something that has been predicted by Ray Kurzweil, a futurologist whose predictions have a habit of coming true. Kurzweil originally predicted contact lens vision driven AR by 2020-2025 with a direct brain interface eventually replacing lenses by 2040 (so not just AR but true fully immersive VR) - Incidentally Kurzweil now works for Google.

But don't worry, though the take up of disruptive technology is getting quicker and quicker (smart phones, facebook etc.) we still have a few years left of 'traditional' cosplay, and even with all this magical tech in the future, I expect that there will be 'traditional' competitions for a while longer still.

Women of Strength In Cosplay 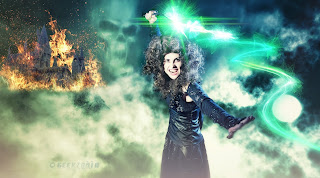 This is the first in our series looking at Strong female characters and the cosplayers who cosplay them.

First up we have Bellatrix Lestrange from Harry Potter - portrayed by Kuroi Chi Cosplay otherwise known as Ina.

Bellatrix Lestrange from Harry Potter, a pure blood witch, Death Eater and fanatically loyal to Lord Voldemort, a killer and someone who enjoys killing for her dark Lord. Evil? yes certainly, but we can't have heroes without villains. Bellatrix is becoming increasingly popular as a cosplay character, we talked to Ina about why she loves cosplaying as Bellatrix.

"I love Bellatrix because she is as mad as a hatter and she has a great sense of style. It's just really fun being Bellatrix for a day, although I'm not too keen on her nails, they can be a bit awkward. But everything else, I just love being her, and it's great fun"

Ina has a facebook page for her cosplay - Kuroi Chi Cosplay 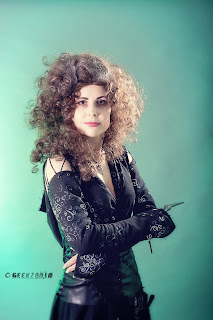 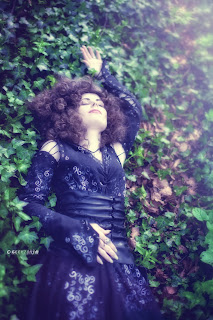 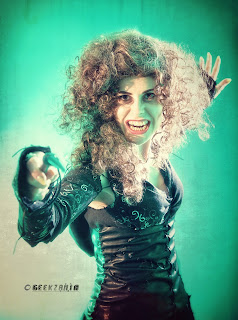 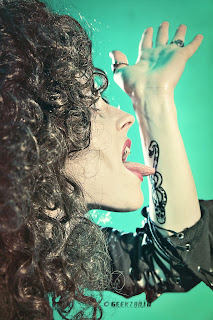 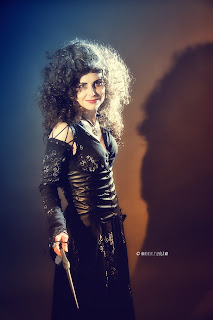 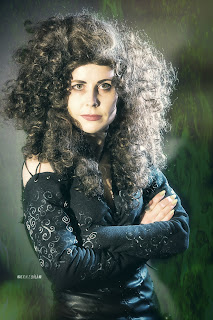 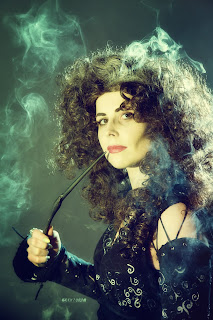 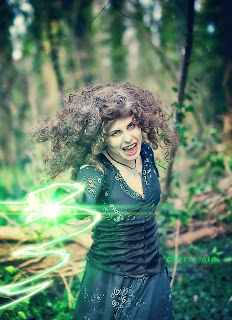 All images by and copyright Geekzania