We have just spent an enjoyable weekend trading at Northampton Comic Con, here is our con report.

This was a new event, held for the first time, though organised by a group with a proven track record of putting on cons. It was held at the Northampton Cricket Club.

I guess you could class it as a small to medium sized local con but there is clearly a demand for an event in Northampton as it was very well attended. The event was set up with all the dealer stalls and celeb signings and a photo booth in the sports hall of the cricket club, there was then a decent sized marquee outside with a cosplay stage and seating and the cosplay guests and panels, then the gamer bus, some movie cars/vehicles and a couple of large inflatable characters (Stay puft marshmallow man and Baymax) There was also a food/drink kiosk outside.

The venue has limited onsite parking to begin with and what parking there was was being used for a wedding held at the other end of the cricket club so visitors had to make do with finding free on street parking in the immediate vicinity. This is apparently what happens for major events at this venue, so though not ideal I guess isn't a particular problem unless you are disabled. The organisers did try to accommodate blue badge holders as best they could but the parking situation may have put off a few people who would otherwise have attended. This is a venue issue rather than anything the organisers had any real control over.

There were issues with queuing on the Saturday, there were supposed to be two distinct lines, one for those who had pre bought tickets online and one for those buying on the door. Those with pre bought tickets were nominally let in first, but as the two lines pretty much merged into one outside of the cricket club site, if you didn't arrive early you may have had to queue for longer than you expected. They also had to close the gates for a while as the main hall was becoming too crowded. Once people started also circulating outside they were able to re-open the gate. This sort of issue/problem is one that can arise when a new venue is being used for the first time so though unfortunate for those who had to queue longer than expected is one that can be understood. To their credit the organisers clearly noted that there had been issues and took steps to improve things. Things worked very much more as they should have done on the Sunday and I haven't seen or heard any complaints from anyone about the queuing/entrance on the Sunday.

As a trader/dealer we can say that the organisation we saw was excellent and things ran very smoothly. The hall was crowded and busy for most of the Saturday, but never quite as jammed as it becomes at something like LFCC or MCM, it was still possible to move around the Hall at it's busiest, if rather slowly.  There were a small number of high quality celeb guests signing at one end of the hall and though busy the queues were never unmanageable, it was obvious that the celeb guests were happy to chat to people and pose for pics and also that they were having a good time. They appeared to be very well looked after by the 'crew'. As our stall was opposite the celebs we had a chance to chat to a few of them at the end of the day on Saturday and more so on the Sunday, they all indicated that they had enjoyed themselves and that it was a great event.

For me this demonstrated perfectly why smaller events are now better than the big events. This had everything that LFCC has, though just in a smaller package, autos were around the £15/£20 mark as were photos, the quality of guests was high for an event of this size, even if few in terms of number. People were obviously having a good time, there was a fantastic selection of cosplayers and some good panels on cosplay costume making as well as a cosplay contest.

All in all I think this would have to be considered a great success and the organisers deserve a large amount of credit. For a first event it was incredible, and shows what can be achieved. There is clearly great demand for a repeat event, which is likely to be bigger, using more of the venue to maximise what can be offered to visitors. So a big tick for this one, and we are looking forward to the next. 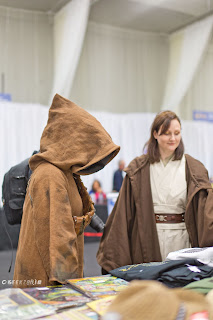 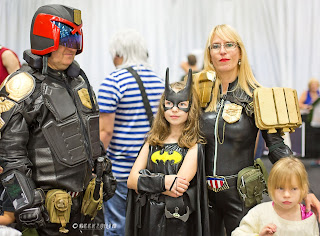 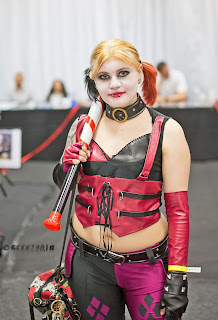 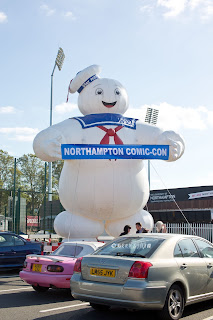 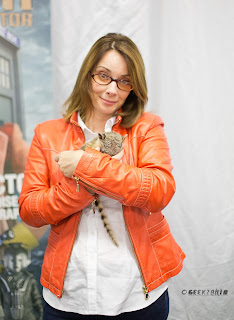 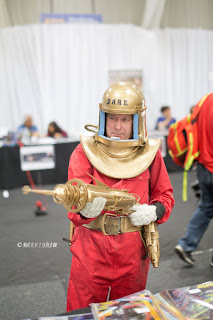 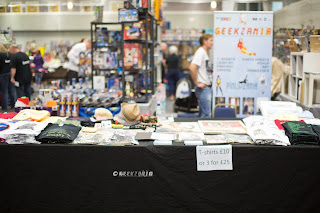