NICE is, and always has been, all about comics, the writers and artists who create comics and the publishers who commission and sell comics. Though in terms of size, it is a small con, in terms of the calibre and number of comic guests it must rank as one of the best cons in the UK.

As ever this year was incredibly well organised and ran smoothly. despite a last minute venue change being forced upon them. In actual fact, the venue (Bedford Blues Rugby Club) worked very well for the event, though it wouldn't have been quite so good if the weather hadn't been fine. Though there was some queuing for the panels and the top draw signings the queues weren't ever huge and they moved smoothly. Otherwise there was a general 'buzz' around the place, without it ever feeling too crowded.

There was a good selection of traders enabling you to fill any gaps in your comic collection and the usual range of t-shirts and associated merchandise, though of course the main reason for this event is the signings and sketches. Here you had such an amazing choice that I'm sure no-one went away unhappy with what they received.

In short, again, this was a superb event, and some other event organisers could learn a thing or two.

We had arranged to follow Judge Predd and Daddy P around the event, so here are some pics from the Saturday. 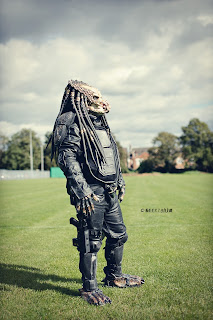 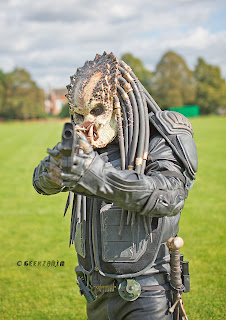 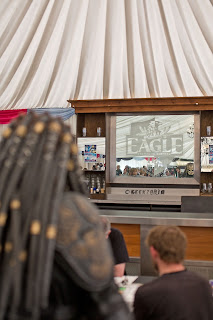 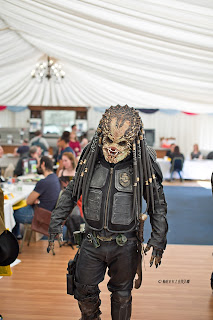 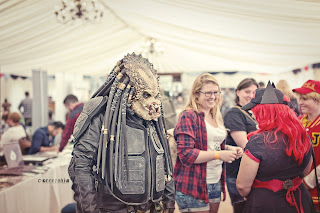 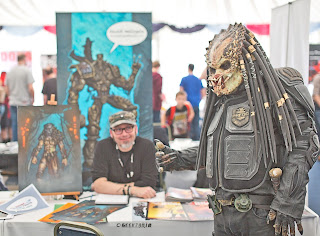 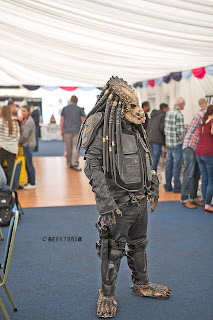 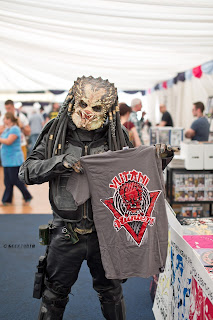 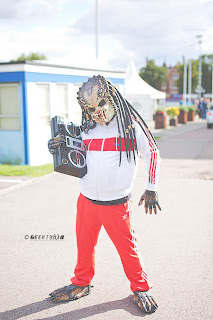 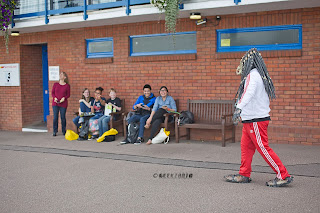 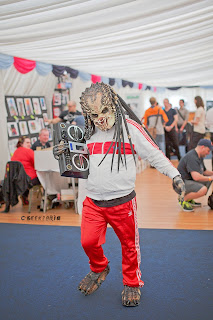 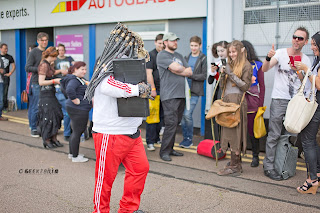 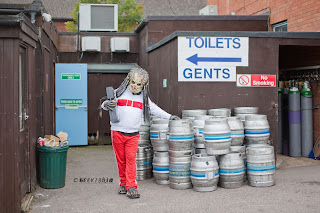